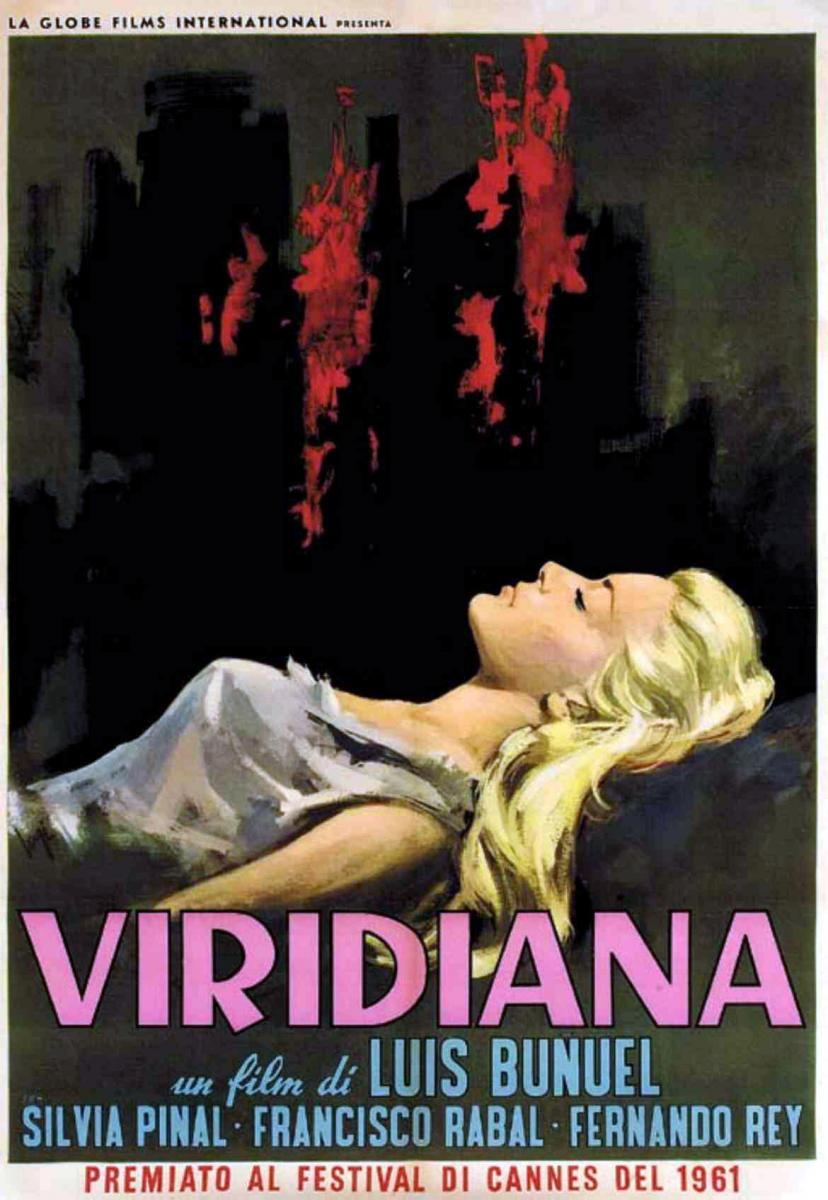 Viridiana is a girl of virtue, a novice, living in a monastery and getting ready to take her vows to become a nun. Her uncle, who has been supported her financial, Don Jaime, asks to visit him in his secluded farm, where he lives with his housekeeper, Ramona, her daughter Rita, and Moncho. Viridiana reluctantly accepts the invite.

Upon her arrival, Don Jaime is amazed by her resemblance to his dead wife and becomes obsessed to marry her. He persuades her to wear the dead woman's wedding dress and then drugs her (with the aid of Ramona, the servant) so that he will make the young and virtuous girl his by rape. Drown by guilt, Don Jaime stops the attempt and leave the girl intact, but the next morning he tells her that he "took her virginity", even though later confess the truth. Viridiana, uncertain, packs her bag to leave from his house...Don Jaime, after Viridiana leaves, commits suicide, having appointed Viridiana and his only son as his heirs.

So far the film is about the lust of an older man for the young and virtuous woman. Bunuel, though, the "heretic", the "blasphemous", the provocative, couldn' t just make a movie about it. The comments for church, the power of wealth that makes people forget their ethics are everywhere. The most insistant superior mother that pushes Viridiana to visit her uncle despite her reluctance...Ramona who is persuaded to drug the innocent girl, knowing what Don Jaime wants to do...
The only innocent is Viridiana. 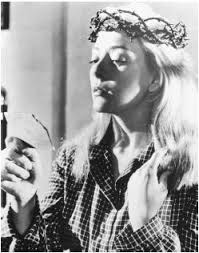 And because of her innocence, she decides to help the poor by letting them staying in the property of Don Jaime, that she has now inherited. True to her christian belief, Viridiana is helping them, even allows them to take advantage of her. Viridiana is a "saint". A "saint" that has her faith in constant questioning, but still trying to live up to her beliefs. The challenge though is near... The first film that Bunuel directed after his exile in Mexico was meant to be (or as the Franco regime believed to be) a film about christian ethics. And with that in mind, the Spanish Commitee submitted it for the Cannes Film Festival as the spanish conestant. It was not long that they understood the hidden meanings, the spanish givernment trying to withdraw it, the Pope to call it "blasphemous" and Franco ban its release in Spain. (The truth is that the film was realeased in Spain in 1977, after Franco's death).

But truly, this is a film that questions everything. The symbols that are all over in the movie (the fetish that Don Jaime had with the cross-knife), the preparation of a "Last supper" with the beggars depicting the apostles like the famous painting of Da Vinci... Bunuel makes to his unbeknownmost (?) a satire for the church and the regime. 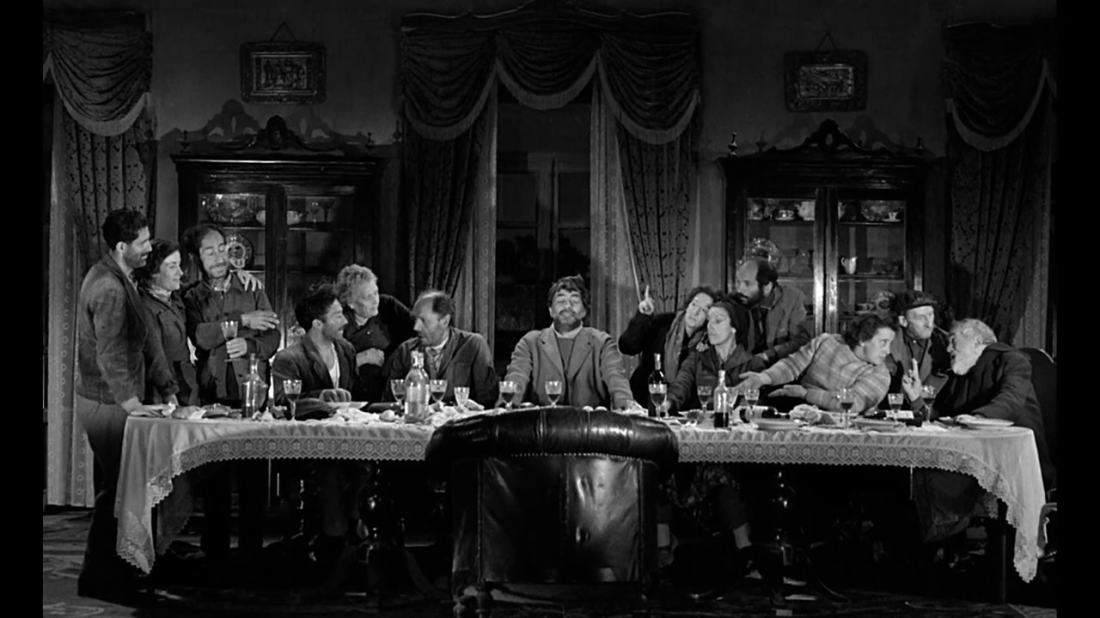 I won't claim that it is an "easy", "entertaing" movie. You have to read between the lines, see for the symbols hidden.

But what I guarantee is that if you see it with clear eyes, the tracigocomedy of Bunuel will conquer you.

Great film! And thoughtful review. Thanks for posting mate.

Thank you for the kind comment 🙏. Indeed a very good film, a masterpiece! I watched two days ago for the third or fourth time. But each time I notice something new.

Thank you . You are very kind!