steevc in CineTV • 2 months ago

Way back when I was quite into buying DVDs I picked up this movie. I have a feeling it was in WH Smiths and probably at least 15 years ago as the movie came out in 2002. For no particular reason I had not watched it until this week.

I enjoyed it. It is a thriller that takes place almost entirely with a large 'brownstone' house in New York. Newly divorced Meg and daughter Sarah have only just moved in when some guys break in after something the previous owner left behind, not expecting anyone to be home. 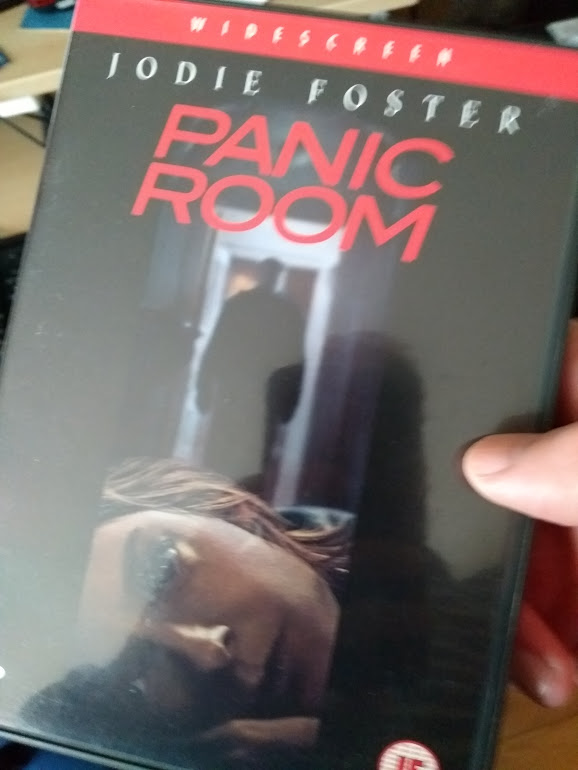 Director David Fincher had plenty of experience of suspense with movies like Seven and Fight Club. I did not realise that Nicole Kidman was the original star, but had to withdraw due to an injury sustained whilst filming Moulin Rouge. I do like Nicole, but Jodie Foster stepped in and did a great job with Kristin Stewart as her daughter. The crooks are Forest Whitaker, Jared Leto and Dwight Yoakam.

The suspense is built well, but then we are into what must be a nightmare for most of us. Luckily this house has the titular panic room to take refuge in. Not so luckily this does not prove to be as safe as you might hope.

I am not going to spoil the plot for anyone who has not seen it, but I found it largely satisfying.

Fincher slips in a few tricks that do not necessarily add to the story, but make you wonder how they were done. At one point the camera travels across a room, passing through the handle of the coffee machine and there are some passes through the house that may have used computer trickery. You can see these in the trailer below. Even the titles are quite clever.

There are some elements of Die Hard as Meg tries to outwit the intruders to protect her daughter.

This DVD has no interesting extras. This will go in my charity pile now as I want to free up some space.

it's a good movie, .. tense. however, if I built a panic room in my house I might take my computer and lock myself away for days anyway.....😆😄

You could lock me in my study and I might not notice :)

Hey @goblinknackers, here is a little bit of BEER from @steevc for you. Enjoy it!

A great post, I wish I could upvote it. It was a great movie.

I've never seen this movie, but I didn't realize that it had so many different stars in it. I have always enjoyed Foster back from her time doing the live action Disney movies as a kid. Candleshoe is probably one of my all time favorite movies from when I was a kid.

I'm not sure I knew who was in it apart from Foster before I watched it. Contact is a movie I really like that she was also in. I need to watch that again. I'm trying to find time to watch more movies, but I have various stuff to watch on Netflix and Disney+ too.

I know what you mean, but as I see it, you can never be late in viewing a film. 😉
I have a stash of unseen films too that I've postponed for years!

There's plenty of classic movies over 50 years old that I haven't seen. I'll never catch up.

Yeah, same here. Although I regularly see them, way more than I do recent films.

I will try and check it out, it can be okay for me

Then you may like this. We have charity shops that sell old DVDs. Maybe you have something similar if you can't find it elsewhere.

I will check it out

Congratulations @steevc! You have completed the following achievement on the Hive blockchain and have been rewarded with new badge(s) :

@steevc! This post has been manually curated by the $PIZZA Token team!