Have you seen THE CHOSEN?

THE CHOSEN is this the #1 Crowd-funded show of all time. It is a multi-episode, multi season, non-Hollywood produced depiction of the life of Jesus. It is getting rave reviews. Of all of the movies I have seen about Jesus, this is hands down the best written, best acted, and best filmed. I encourage you to check it out. 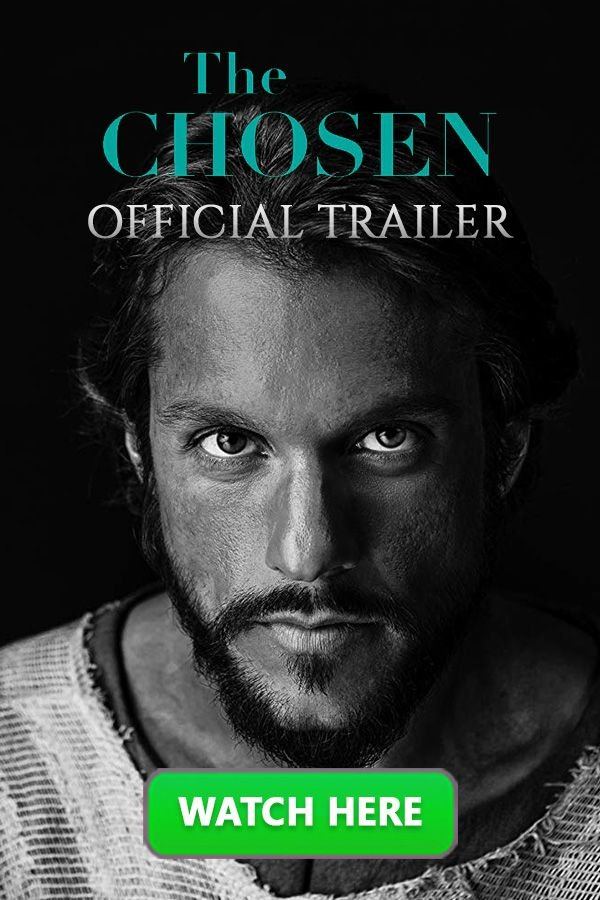 Here is a link to a short trailer to give you a feel for what to expect from this series.

I would love to hear what you think about it. Leave me a comment

I am sad to say that I haven't taken the time to watch yet. Many of my friends and family have and they are giving it rave reviews. Definitely adding it to my "must watch" list for the new year!

It's definitely a worthwhile experience. Since there are already two seasons out already, you can always binge watch to catch up in a day or two. :)

To be honest, I think that Dallas and the crew did an amazing job!
I love the show and think that it is one of the best I have seen. Some scenes bring me to tears - every time I watch it. Some others make me laugh - also every time I watch it.
And it total it inspires me to be a better version of myself I look for God's plan in my life. And this is amazing!

Although I am not really looking forward to the later part of the show. It is hard for me to watch "The Passion" - and I am not sure, that if I wouldn't know about the resurrection, I could watch it. And I haven't build a big relation to the Jesus in that film.
But I am really building a relationship with that depiction of Jesus in The Chosen. It is really going to be hard to watch the crucifixion.

Nevertheless, I really love the show and share it with all family and friends. And the responses have been amazing!

I couldn't agree more. It is uncanny how Dallas and company can make the stories I have been reading for decades more human, yet more pertinent. For instance, when have you ever seen a movie depict Jesus making jokes, being tired, or dancing and having fun? Yet, they come up with statements that just rock your world (like, "I was one way and now I am completely different and the thing that happened in between was Him."). I just can't get enough of this series.

Yes, yes, yes!
That is so true! It is so helpful to have some images and this relatable depiction! And I think that the message is really based on the message of the gospel!

And what better way to share the message with others. The episodes are engaging and entertaining and even people who have never accepted Jesus are being drawn to this series. All you have to do to tell other's about Jesus is introduce them to the show.

Yup, I've seen all the episodes but it feels lacking imho. The Passion of the Christ is still the best out there. Superb acting that one. Even Prince of Egypt the animation is way better than this series.

The Chosen, for me, is quite lacking either in direction, script, acting or all of the above. But I still watch it... 😅 I even asked a director of another religious/catholic movie on Twitter and he said he would not direct an episode at all if given a chance. 😆 Might be I was asking the wrong person but at least I tried.

Anyway the Jesus actor is ok and Matthew's actor is great. I am still watching just to see what their interpretation of the story is. I even tried to watch the Christmas special but meh. Didn't even finish it. Oh well. Waiting on the next season.

While I agree that the I was not as impressed with the Christmas special, I have to agree to disagree on the production as a whole. The Passion of the Christ is an excellent depiction of what is in scripture. However, I think it follows the path of every other movie about Christ in that it de-humanizes Him. I have never seen another story about Jesus that shows him to be a real live person that others can relate to. I, too, and waiting on the next season.