The image above shows an interesting lock combo. There are four locks. Three of them would open the gate. The middle lock is hanging uselessly on a link of the chain.

I spent several hours trying to write a different post but got frustrated with it; So, i watched a movie instead. Since I watched a movie, i will post on CineTV.io . I will review the movie and recap the post I was writing below. But first lets do some self absorbed blogging; so that I can dual post on blogtoken.

I've been keeping up the 10K steps a day. I ended up with a problem. i finished my 10k steps on Saturday two minutes after midnight, so my garmin profile says that I failed to achieve my 10k step goal. My watch is step stingy. it doesn't record steps when I push a shopping cart in a store or when i mow the lawn.

The second picture shows today's walk. I went up a hill and came back down. 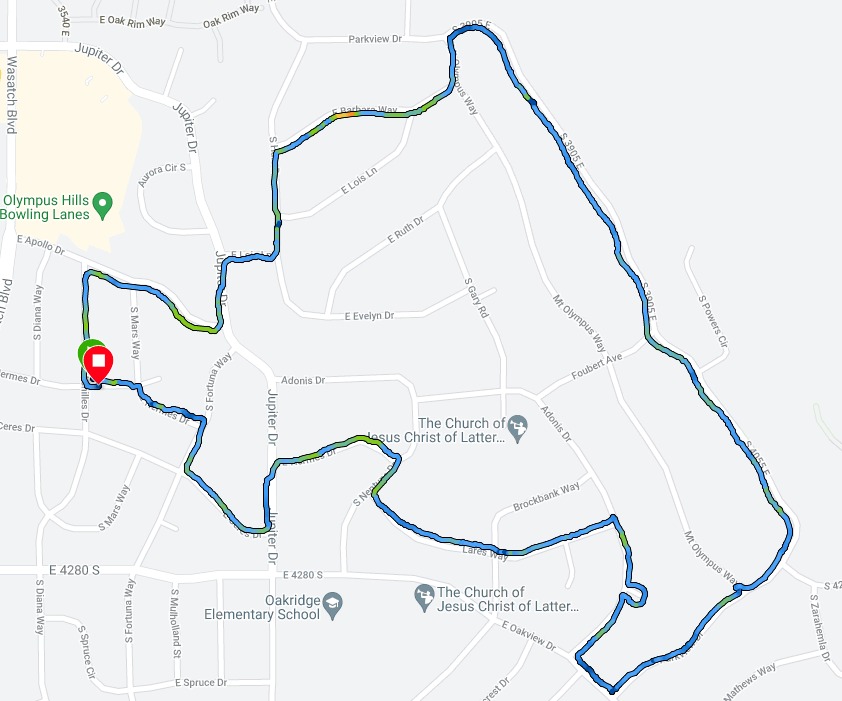 I was working on a post for a different platform designed to sell people on joining HIVE. I actually like what HIVE does.

Unfortunately, every time I try talking people into trying HIVE, I get so caught up in the bad branding of the platform that my sale pitch falls flat.

This is the standard intro I give: "

"HIVE is a social media platform built on the HIVE blockchain that rewards users with the HIVE token."

People key in on the term "hive" and think: Oh, it's a site about collectivist thought.

The people who see the brand fail to see the power of the blockchain or realize the impact that cryptocurrency could have on lives.

Anyway, I spent several hours trying to write an intro for HIVE and was breaking out in hives each time I reread the post.

After several hours of frustration I clicked into youtube. The algorithm told me that "Star Trek VIII" was in the free movie section. This movie has the subtitle "First Contact."

In this flick a collectivist entity called The Borg has infiltrated our quadrant of the galaxy and is about to assimilate earth into The Borg. Jean Luc Picard leads an attack which destroys the Borg Mother Ship.

An escape pod from the mother ship opens a time portal flees into earth's past. The Enterprise follows suit so that the Borg could not change history.

The movie develops into a series of encounters between the Picard, Data and the Supreme Being of The Borg and we learn that the true name of the Borg is ....

The true name of the Borg is "The Hive."

Assimilation into The Hive is the acceptance of the Hive Mindset. The site cycles through the tired metaphors surrounding the term "Hive." The Supreme Being is the queen bee of the Hive. Account holders in The Hive are drones, etc.

Anyway, I stopped working on my page which suggested that people assimilate into the HIVE. and i watched a fun movie in which Jean Luc Picard and Data face off in Battle against The Hive.

Perhaps I should create a time machine and battle Justin Sun who capture the blockchain with its original brand.

I guess what I should do in the future is tell people that they are joining PeakD, LeoFinance or ProofOfBrain and only grudgingly admit to the name of the core blockchain.