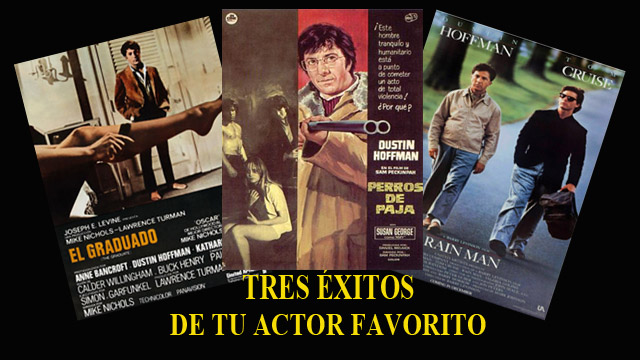 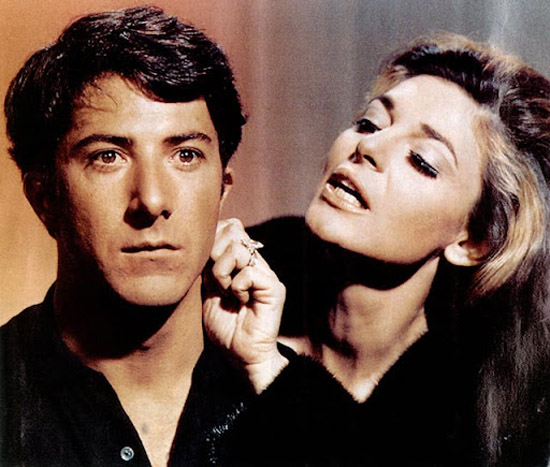 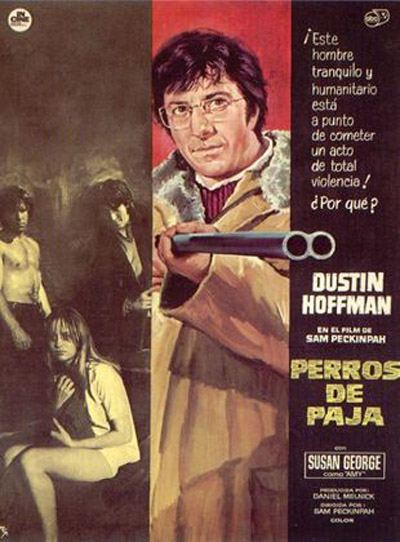 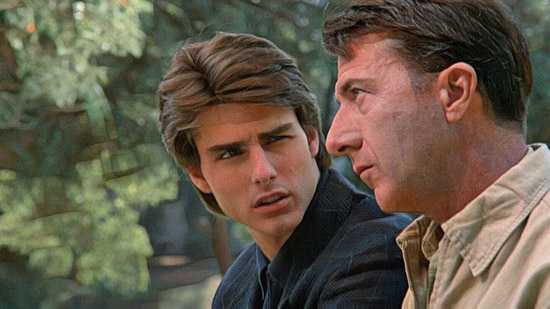 My good friend @soyalex knows about my taste in movies, so she was kind enough to invite me to this [initiative] (https://hive. blog/hive-166847/@marysenpai/initiative-3-hits-of-your-favorite-actor-or-or-initiative-3-hits-of-your-favorite-actor-actress-esp-ing) created by friend @marysenpai to talk about three movies where our favorite actors have participated. I'll tell you...

Long before watching the movie I had listened to the main themes of its soundtrack, created by Simon and Garfunkel, exceptional musicians who left us excellent compositions that are still playing in the Pop Universe. So when I went to one of the many movie theaters in East Caracas I had great expectations to see the movie.

For me, and I think for many at that time, Dustin Hoffman was a little known actor. The Graduate was one of his first films. However, the impeccable performance he gave in that film, where he got a Best Actor nomination for the Oscars, soon put him in the firmament of the stars of the seventh art.

The film touched on daring themes for the time, it was a moment in which cinema every day put the spotlight on problems that were kept silent.

Benjamin Braddock, played by Dustin Hoffman, is a young graduate vacationing at home. There he visits the Robinsons and begins a relationship with the family's daughter, the beautiful Elaine, played by Katharine Ross. But the bored Mrs. Robinson, played by the veteran Anne Bancroft, decides to distract herself with Benjamin, seduces him and keeps him as a lover for a while. However, Benjamin does not forget about Elaine and Mrs. Robinson in revenge lets things be known, resulting in the breakup between the two young people.

But Benjamin does not give up and in a memorable scene, where Hoffman runs like crazy down the street to get to the church and prevent, at the last moment, Elaine's wedding, he manages to make her come to her senses and decide to elope with him.

The film was a box-office and critical success; it won the Oscar for best director and had several nominations. In 1996 it was chosen to be part of the American film archive.

After The Graduate I became fond of Hoffman's films. He has been an actor with a great capacity to give life to the most dissimilar roles. Straw Dogs" may not have been as successful as others, but from the first time I saw it, it made an impact on me.

David Summer, played by Hoffman, is a university professor. He decides to relocate with his wife Amy, played by Susan George, to a pleasant village in the British countryside. David's idea is to get a quiet place where he can concentrate on his academic pursuits.

From the beginning, tension builds and grows. The locals don't take kindly to the visitor. They don't like strangers, let alone a guy who has little openness to integrate into the community. To make matters worse, Amy begins to fall prey to boredom, and to avoid being annoyed, she starts flirting.

The neighbors interpret Amy's advances as a gesture of weakness on her husband's part. They try to take advantage of her while the professor is concentrating on his business. They progressively play all kinds of practical jokes on the professor, making fun of him, treating him as if he were a nobody, an inferior being.

Things get out of control and the peaceful Professor Summer, will use all his intelligence to get revenge on his neighbors.

Every time I've seen this movie, the tension generated grips me to the point of making my stomach hurt. Hoffman is able to put us in the shoes of an anguished, humiliated man who goes from being a sheep to becoming a ferocious wolf. For me this was one of Hoffman's greatest performances.

Another great film by Dustin Hoffman in which he shows his ability to get ahead with any character that is put in front of him.

Charles Babbitt, played by Tom Cruise, is a successful car salesman, fond of games, where as usual he rarely wins and often loses, but his income gives him a comfortable life.

One day he is informed that his father has died and leaves him a nice convertible car as an inheritance. At the funeral, he learns that he also has an older brother, Raymond, played by Hoffman, to whom his father has left almost the entire inheritance. The problem is that Raymond is autistic and requires constant care.

The plot develops around the process that both characters go through to adapt to each other. It is not easy for Charles to live with his brother, he does not know how to treat him. In addition, he finds it completely inconvenient for him to lead his rhythm of life. For Raymond, the situation is not easy either, because of his condition he needs a stable environment, which Charles is not willing to give him.

But Charles grows fond of his brother and realizes something very important: Raymond belongs to a small group of autistic people who have high level intellectual conditions. This will be very useful to Charles, for example, to win at gambling.

Hoffman had an outstanding role here, he managed to embody the difficult role of an autistic. His character was so believable that he won the hearts of the audience. For this film he won an Oscar for best actor and the film collected a good crop of awards. It is a film that I highly recommend.

Once again I thank my friend @soyalex for inviting me to the initiative. For continuity I invite my friend @damarysvibra and my friend @cetb2008.

Thanks for your time.

You can vote for @ocd-witness, with HiveSigner or on Hive Witnesses.

Submit
0.00 CINE
1 vote
Reply
[-]
poshtoken  3 months ago
The rewards earned on this comment will go directly to the person sharing the post on Twitter as long as they are registered with @poshtoken. Sign up at https://hiveposh.com.
100%
-100%