The first teaser trailer contaning footage from our first 3 interviews is finally going live. I want to thank everyone involved for their time and we hope to deliver something that we can all be proud of.
This video will be used to attract external attention and hopefully a number of high profile names in crypto to add to the film.

The film maker intention is to create a film that will appeal to the masses and portray the cryptocurrency space in a hopeful and easily understood manner. The film will then be entered into film festivals since the film making team has had significant success there in the past, and it will be presented to streaming services for maximum reach.

Unlike most recent crypto documentaries that cover the negatives of crypto, we intend to show the hopeful side, our fundamental beliefs and explore the value of "community".
Not every crypto-documentary needs to be about lives ruined. It can also be about the positives, about community and overcoming adversity.
The film is 2 parts generally about crypto and 1 part about the Steem/Hive split. The film maker will use the Steem/Hive story as an example of a crypto community upholding the core principles of this space.
Pinpointing where value actually resides.

Currently outside the core team working on this film, we have an amazing animation team working on the film. I have observed their work and my assesment is extremely positive. Stock footage is used in the initial teaser but large parts of the film will be animated adding to the artistic value of the film. Interviews will be used in tandem with animation and narration.

Remember, we are not only making a factual coverage of the events, we are making a "piece of art". Something with dramatic value that can be viewed by everyone and anyone outside the Hive ecosystem without difficulty of comprehension while yielding an emotional response.

At this point in time I would like to invite everyone to join our discord channel, follow us on twitter and on Hive.
Please reblog this post and make it seen by as many Hivers as possible. As is with Hive, the success of this film will undoubtedly rely on your support.

Wow it's so weird to see people from the chain in a documentary.
Makes it strangely more real and less digital.

That is the point. Making it all as real as we felt it at the time.

@lordbutterfly you better get that hive steem eos trx documentary out before elon twitter thing fizzles out or blows up and elon buys steemit from @justinsunsteemit or worse ....elon just starts posting on steemit as a fucking experiment.... hes gonna find out 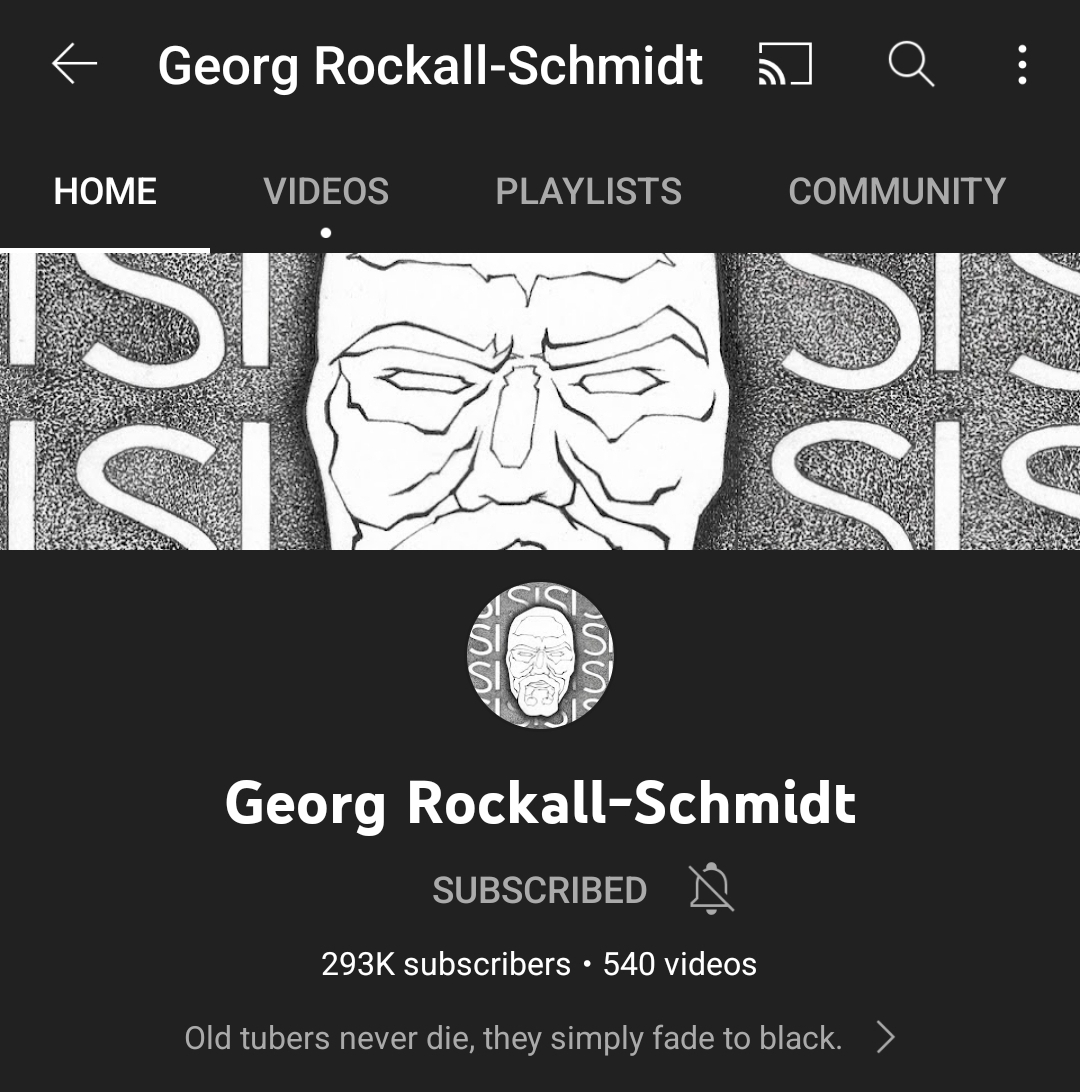 If we dont start hiring these people to objectively make videos about what happened to steem and hive...NO ONE will ever know and youll be bulloed by the school bully and end up in juvenile hall after the bully completes a crazy false flag on us

Why you said that Elon Musk starts posting on Steemit?
Which one is his account?

Netflix on my mind. My mind on Netflix. 😉

Our chain is as diverse as it can get so we should be greenlit instantly.

We should have a very long Shotgun Interview College as Special Material. This Chain is Beyond Diverse, we are the model view of a global citizen community.

Y'all fuckin smashed this out of the park so far. I cannot wait to see this in full!

This looks Awesome!!! Can't wait to see it.

@lordbutterfly Why not mention "Hive" somewhere in the title, like "Freechain – Hive emerging from the Steem Blockchain War" or something like that?

We arent making a film solely for Hivers nor is the sole focus on the Hive/Steem split. We are trying to make it for general audiences. Theres plenty of Hive in the film and the title is referential to what happened.
This is not a shill piece for Hive as no one would watch that nor would anyone want to pick it up on that premise alone.

We want to draw in audiences on quality first and use the Hive story as the climax.

Consider what Hex is doing with their documentary. (Since someone mentioned it today).
Not to call it disgusting, but that is a typical shill film where the focus is on telling everyone how their coin pumped, with Richard flexing like something akin to a middle eastern dictator.
Self gratification is not what wer aiming for.

This is fantastic! Bravo! Looking forward to the documentary.

This is going to be amazing to watch! I don't know much of the back story with steem and only got heavily involved with Hive almost a year ago now. I have to say it's one of the most welcoming web3 platforms there is! So much potential here and I'd love to get to know how it was born.

Proud that I saw it happening... 😎

Looking good already. I think this is the crypto documentary the world needs to see. It can show that communities can build something amazing. Well done.

Super awesome job and absolutely a story that needs to be documented and told.

Then not to mention the hive movie as well!!!! Made by hiveans's for hiveans.

Definitely worth a share and my vote on this. Thank you very much for your hard work and I can't wait to see even more.

Wow... This is so beautiful.

Not every crypto-documentary needs to be about lives ruined.

So true. Countless lives have also been changed for the better by cryptocurrency. Besides, fiat had also done a lot of damage to lives and we don't see so many documentaries highlighting it...

Great, let me have a watch!

Looks cool - Nice to see 'Trades' giving it is all!

Looks really cool and techie! I am looking forward to this film and hope it will succeed with its reach as well!

OMG!!! All I see is Dans we shouldn't be call #HIVE the name should be #DAN😁😁😁. From Hive leaders to Hollywood megastars, that is the way.

Its Dans only :D

Man, that looks way cooler than I expect it!

Remember back when everybody hated you?

Seriously though, this looks like it's going to be epic!

I can remember a few people that were really loved. Memories long gone.. I stuck around. 😉

hehehe oooooooh no one else gets replies - but i get a reply AND a wink???

Super cool we now have a well deserved documentary. Thank you @lordbutterfly you are awesome.

This looks like it’s going to be even better than I originally expected. Nice!!!

Amazing work done @lordbutterfly and the rest of the filmmaking team! The teaser looks epic. The crisp shots and voices of the people telling their tales. :')

Cool! Hope the english subtitles will be available for translations! 👍

Oh shit here we goooo! So excited to see the film. The trailer is already so good, can’t wait!

Looking forward to it!

Awesome teaser, looking forward to see the rest and hope I can help out now that I'm "back" with my activity.

Hive is even more fun with a drop of acid. No wait... that came out wrong. 😅

No. That's accurate. It's pretty cool on mushrooms as well.

Can vouch for that!

You got the drops? Those mfers sold me the tabs.

got the dropz right here, wheres my green?

Very professional and beyond my expectations! 👏👏👏

Wow. It looks so very polished and professional. And I mean that in a good way! Top notch Butterflying! :OD

Submit
0.00 CINE
1 vote
Reply
[-]
poshtoken  9 months ago (edited)
The rewards earned on this comment will go directly to the person sharing the post on Twitter as long as they are registered with @poshtoken. Sign up at https://hiveposh.com.
100%
-100%

So sooo cool. Looking forward to it 😎

I wouldnt bet on it lol but I would really like to have @dan in this.
So in case @dan is reading this, I have sent an inquiry to B1 and a few other places.
If we can get in touch, your input would be extremely valuable. Not only on the Hive/Steem split but the robust 2/3s of the film that try and explain the mentality of crypto users and where the value truly resides.

you know sometimes I tried to explain this expierience out there but could not feel any empathy in return, not that I wanted it but what we witnessed on this forked blockchain is one of the most truest democracy act I have felt and I hope everyone can feel a similar expirience of expression down the line. Looking foward to the full one!

I am interested in getting to see the faces of users on here.

How about promoting the teaser on Twitter and other social medias ?

Very impressive. I like the path you are choosing to make it more relatable to others outside Crypto.

Nice Teaser! It's awesome to see everyone on-chain on film :).

ps; Is the typography definite (asking for a friend)?

This is gonna be a great movie to watch. Brings the whole experience to life. Great work!!

Oh dang the editing is looking slick! The slow zoom out on some shots really looking amazing, I love that blue filter you applied also.

That will be so great

It's going to be amazing seeing the steem/hive allstars in a documentary - this is going to give HIVE a LOT of exposure! Bring on the INVESTORS!

Yeah love it! This is just wonderful!

How Hive came into being is a story worth telling. I am excited about watching the whole documentary.

So looking forward to this!

I saw the trailer yesterday. Looking forward to seeing the entire film and sharing it with my family. I believe this will more adequately explain what I am doing here than anything I could say myself.
Thanks for using ListNerds to direct me to this.
!CTP

this looks so well done, i can't wait to watch it

Putting a name to the face. I must say that the documentary kept me glued to my system for close to 60 seconds. I am quite eager to know all what this is all about

Someone get this up on NETFLIX!!!

Why not just get it up on her own platform first and see how many viral views we can get...

If you release it here we can comment vote and have all sorts of fun on these threads here in our own ecosystem.

Its going to be big and then just wait until it goes out across the world to the mainstream...

This is going to be top notch, I can just feel it. I mean just look at the quality, looks too damn good.