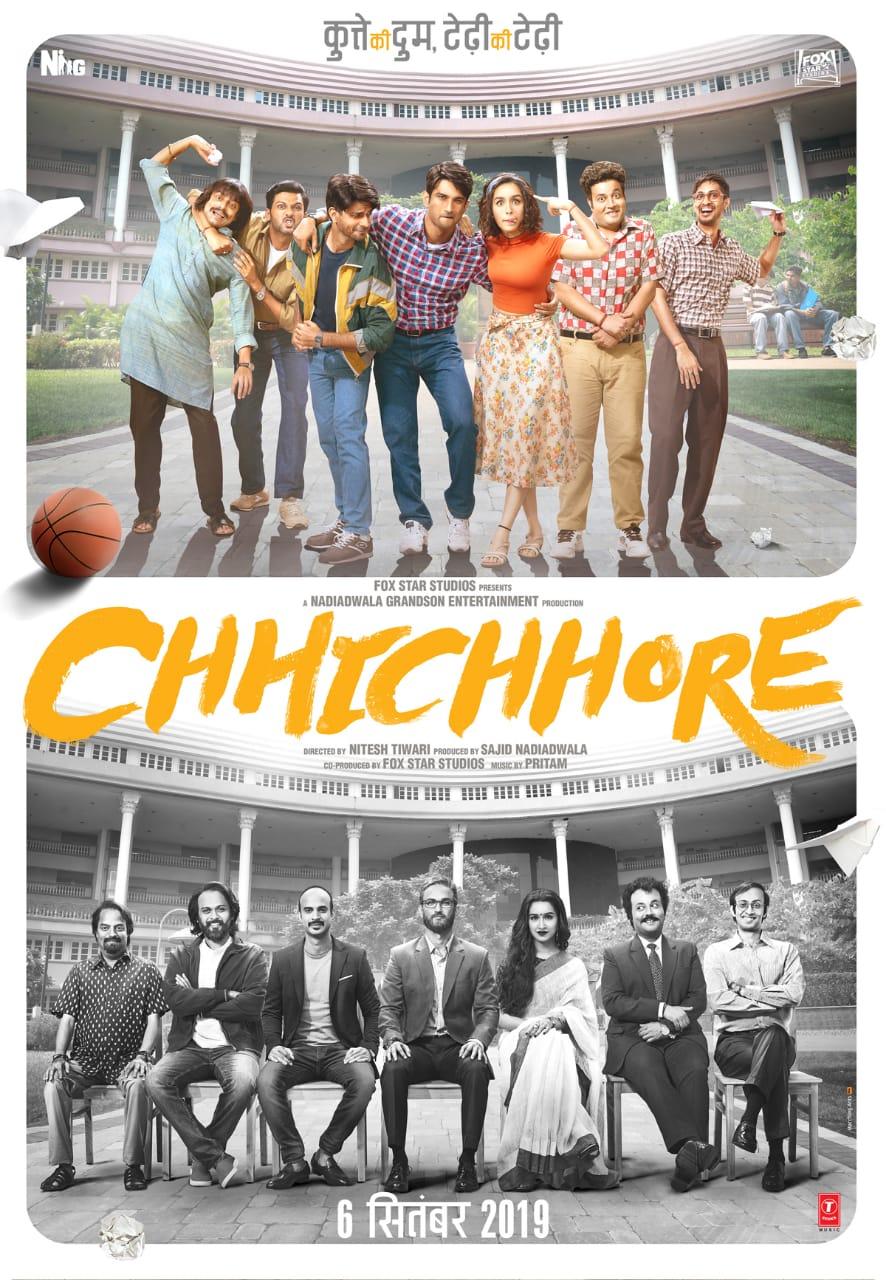 "Giving up can't be a story of life"

Movies are meant to be entertaining all the time. Some movies prove it to us over and over again. Movies sometimes teach us something good. Sometimes we can learn from some movies how to move forward even with the fear of losing. The movie Chhichhore that I saw seemed like that. Although it is my own thought. From this Chhichhore story we learn that once lost in life does not mean the end of life. The story unfolds in front of the audience in such a way that there is a tender love of winning despite losing. Chhichhore will take you away from frustration and make you dream anew. How to create new dreams despite repeated defeats is somewhat revealed through this Chhichhore.

Every plane of life is a battle to us. Life's study tests and the future have everything in a person's life at the present time. We often see on the news pages that students commit suicide because their exam results are bad. The exam results are just a piece of paper. Not any exam results determine one's future. The future is in your own hands and depends on your own efforts. Every moment of life and every event in life is part of a battle. Just as not everyone can win in this battlefield of life, those who try never lose. Every day is such a war. In the same way, every day the morning sun gives us a chance to turn around in our life anew. Suicide is not the solution to life's small mistakes. Learn to fight. Learn to send an invitation to war to life once again. In some parts of the film you will become emotional.

When I started watching the movie I got emotional in several places from the beginning. The story writer and successfully highlighted the value of life. This film will refresh all the memories of student life in the same way as you can do before. One of the dialogues in the film sounded pretty good "it hurts more to think of yourself as a loser than someone else calls yourself a loser." The story of the film begins with the failure of a teenager's life. Raghav Pathak, awaiting the results of his entrance exam. Since both parents were engineers, there was a lot of pressure on Raghav. Not being able to get admission in the college according to his own and his father's choice, he admits failure in front of the adversity of life.

Raghav kept thinking about how to stand in front of his parents and how to show his face in the society. That's why he tried to commit suicide and somehow survived. The father inspires his child to have a survival in all these successes and failures in his college life. He tries to explain the reality of life to his son from the experience of enjoying life. It is not a big deal for a father to try to convince his child to win in life. Walking in the right way is the real meaning of life. Ordinary stories have been created in an extraordinary way even though the real picture of every day is ours.

Raghav Pathak has survived but many such Raghav readers have chosen the path of suicide due to the frustration of their results. A very instructive story is presented to the audience and you will find a lot of motivation and entertainment in it. I hope your heart is just as much in love with this film as I am in love with it. So guys watch Chhichhore movie without delay.

I loved this one, I wish every parent could think this way, This could save so many innocent souls from committing suicide every year. This movie is a perfect combo of emotion, fun, and a great social message.

Hi @shahinaubl, your post has been upvoted by @bdcommunity courtesy of @rehan12!

Support us by voting as a Hive Witness and/or by delegating HIVE POWER.